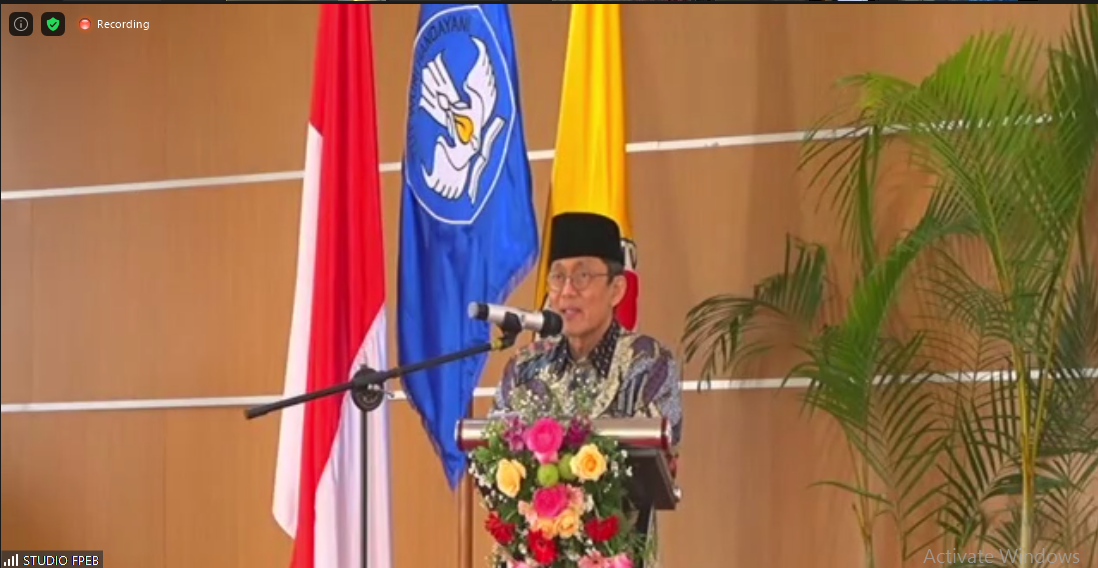 The series of Ramadhan 1442 H Activities of Universitas Pendidikan Indonesia ended with the Upi Family’s Eid Al-Fitr Meeting on Tuesday, May 18, 2021. This event was held offline from several locations in UPI which was attended by the Rector of UPI, Prof. Dr. Solehuddin, M.Pd., M.A, tausiyah prof. Dr. Ir. Kadarsah Suryadi, DEA, and followed offline by about 996 lecturers and educational personnel in the UPI environment. The show is also streamed live via YouTube with the link: https://www.youtube.com/watch?v=IHCKujt2DBI

As an opening, at the beginning of the event rector sang several songs, and continued with the chanting of holy verses of the Qur’an before tausah delivered by Prof. Kadarsah, and ended with the recitation of the prayer. 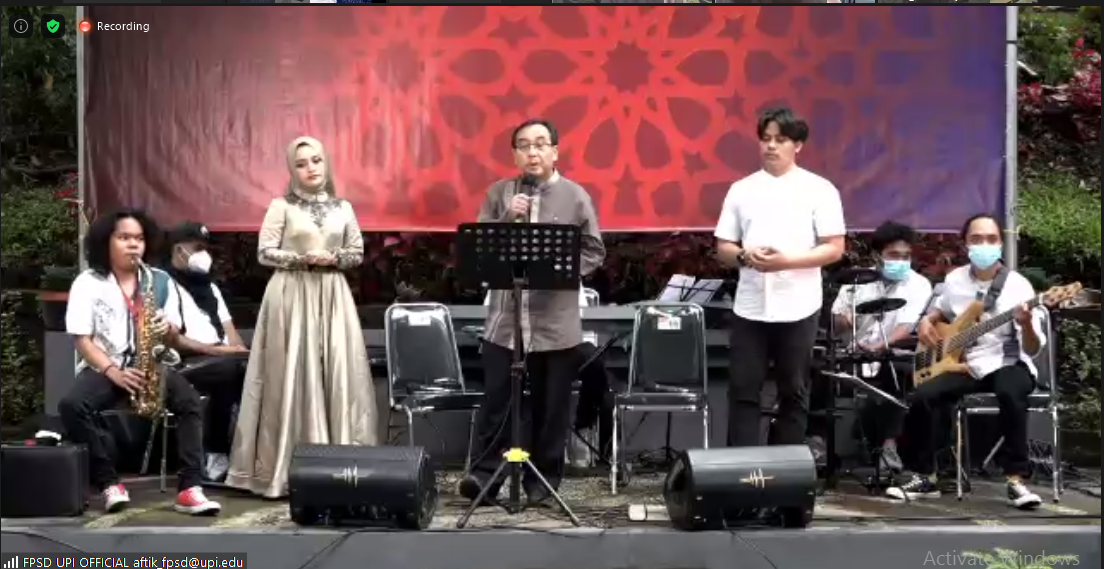 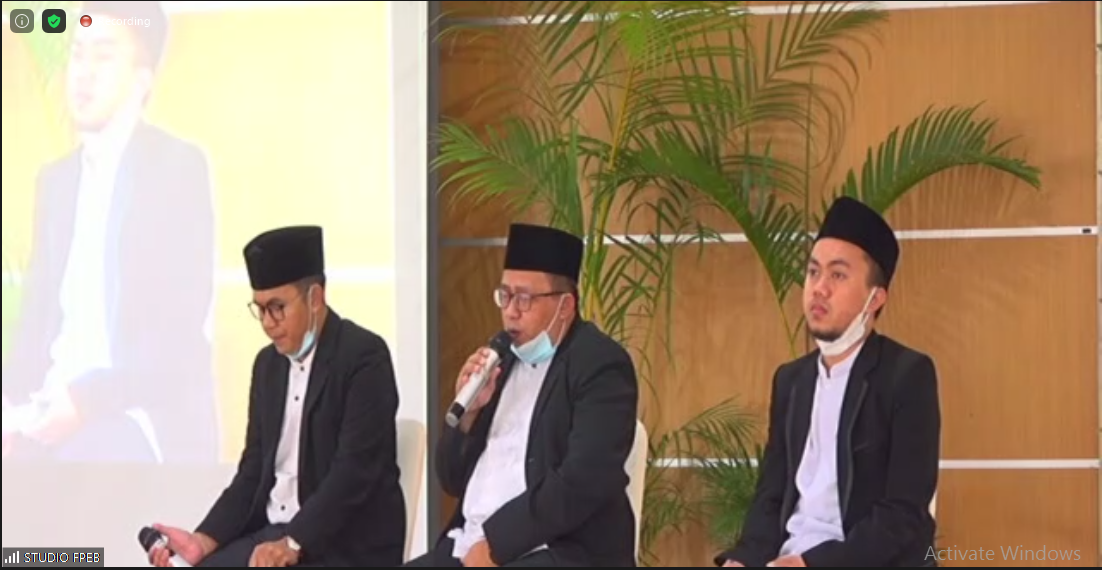